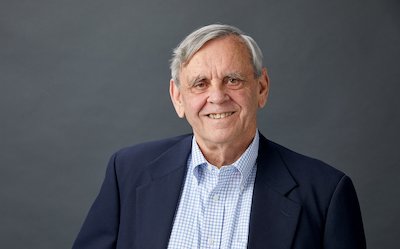 Tom was born in Houston, Texas, and spent his childhood in Texas, graduating from Odessa High School. After a spell in the U.S. Army (thankfully not in Vietnam) and a brief time working in Germany, he returned to his studies and received a B.A. in Zoology from the University of Texas at Austin, followed by a Ph.D. in Biostatistics from Johns Hopkins University.

Tom joined Eli Lilly and Company in 1976 as a biostatistician and served in that capacity for about 15 years. In this position he worked as a consultant in the development of various new antibiotics and several new versions of drugs for diabetes, and provided advice on the design, analysis, and interpretation of clinical trials.

In the early 1990s Tom joined a small group of individuals working to implement the principles of Decision Analysis in Lilly. This led to calling a meeting in 1995 of professionals doing similar work in other companies, which was the original germ of DAAG. He stayed in this position until retirement at the end of 2001.

In retirement Tom has busied himself with a tiny bit of decision consulting, grandchildren, and a brief flirtation with the idea of authoring a book on decision making in medical situations. In 2016 he decided to move somewhere warmer than Indiana, and returned to his roots in the Piney Woods of east Texas, relocating to Longview, Texas in the Spring of 2017, where he has become something of a bridge bum.

This year’s conference marks the 25th consecutive annual meeting of the Decision Analysis Affinity Group, or DAAG.  Join us as we mark this auspicious occasion with a discussion with the three founders of DAAG:  John Palmer, David Skinner, and Tom Spradlin.  This panel will be moderated by Ellen Coopersmith, also an attendee of the first […]