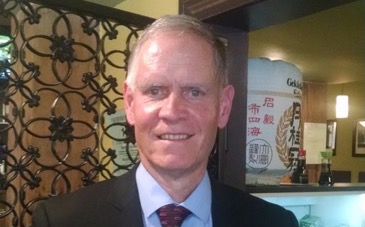 John had a wealth of experiences during his 40 years at General Motors. John’s favorite position was the time he spent as a Decision Consultant. Teaching/Helping members of Management make Quality Decisions gave John a lot of satisfaction.

John furthered the implementation of Decision Analysis at GM by moving from outside consultants leading projects to inside consultants leading projects to General Motors employees leading their own projects. John developed classes/courses that taught GM employees to use the fundaments of decision analysis on their own job – became Management responsible for Decision-Making Course at General Motors University. John was also active in starting the DAAG group.

John is a Mechanical Engineer from GMI/Kettering, went on the GM Fellowship to Krannert/Purdue to attain his MBA. John reached technical director at GM for his expertise in Decision Consulting. He also dabbled with starting his own Decision Consulting Company part time while working for GM. His company name is Decision ED LLC – with the tagline – “Making Quality Decisions a Habit”.

This year’s conference marks the 25th consecutive annual meeting of the Decision Analysis Affinity Group, or DAAG.  Join us as we mark this auspicious occasion with a discussion with the three founders of DAAG:  John Palmer, David Skinner, and Tom Spradlin.  This panel will be moderated by Ellen Coopersmith, also an attendee of the first […]