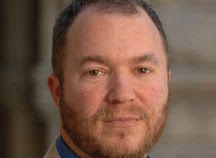 Dr. David Blum is the Principal Data Scientist at Next Tier Concepts, where he supports the US Intelligence Community as a principal investigator in the area of machine learning and data-driven decision analytics, as well as a Lecturer at the Johns Hopkins University Applied Economics Program, where he teaches a course titled “Real Risk”. He has more than 15 years of experience performing operations research, decision and risk analysis for the US national security community. He previously served as Technical Director of the Operations Research and Systems Analysis Division for the Department of Defense’s Joint Improvised-Threat Defeat Organization (JIDO), overseeing the production of operations research analysis to support current military operations, and as an operations research scientist for several Defense Department and Intelligence Community offices. His assignments ranged from strategic risk assessments of future military force mixes, to formulation of analytics to provide decision support to counter-terrorism operations, to development of automated processors for technical data exploitation at the national scale. He held a predoctoral fellowship at the Center for International Security and Cooperation, a Global Security graduate scholarship at Lawrence Livermore National Laboratory, and was a member of Stanford’s Engineering Risk Research Group. He received his doctorate from Stanford University in management science and engineering, his Master’s degree from Massachusetts Institute of Technology in political science, and his Bachelor’s degree from Columbia University in history and physics. He co-edited a book titled Counterterrorism and Threat Finance Analysis during Wartime, published by Lexington Books in 2015.

Bringing out the Data Scientist in the Decision Analyst

Decision quality has six elements, and only one has to do with information. So why all the fuss about data science? Does Data Science simply bring a new set of tools to the decision analyst’s toolkit, or are there more fundamental principles on offer? What should the modern decision analyst learn in order to remain […]