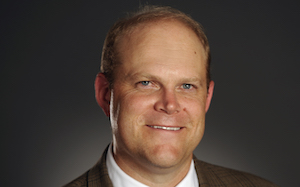 Associate Professor at The University of Texas at Austin

Eric Bickel is an associate professor and director of the Graduate Program in Operations Research and Industrial Engineering at The University of Texas at Austin and Academic Director of the Strategic Decision and Risk Management (SDRM). He also directs the Center for Engineering and Decision Analytics (CEDA).

His research interests include the theory and practice of decision analysis and its application to corporate strategy, public policy, and sports. His work has been featured in The Wall Street Journal, The New York Times, The Financial Times, and Sports Illustrated. In addition, Professor Bickel and his research are featured in the documentary Cool It. His research into climate engineering was named as the top approach to address climate change by a panel of economists, including three Nobel Laureates. He has also been a guest on the MLB Network show Clubhouse Confidential.

Professor Bickel joined Strategic Decisions Group in 1995, where he remains a director and active consultant. He has practiced decision analysis for nearly 25 years. He consults around the world in a range of industries, including oil and gas, electricity generation/transmission/delivery, energy trading and marketing, commodity and specialty chemicals, life sciences, financial services, and metals and mining.

He is an SDP Fellow and Past-President of the Decision Analysis Society.

Prof. Bickel holds both M.S. and Ph.D. degrees from the Department of Engineering-Economic Systems at Stanford University and a B.S. in mechanical engineering with a minor in economics from New Mexico State University.

Eric claims to be the only decision analyst listed in Hollywood’s Internet Movie Database (imdb.me/jericbickel).

Energy Panel: The battle for the future

What does the future look like between Oil & Gas and Utilities? With geopolitical risks around expensive pipelines, and eminent domain issues (like the Dakota Access pipeline), there is a big fight on the nature of our energy use in the future. Is Oil & Gas going to be irrelevant? Are we looking at an […]